The GoldeBriars’ Story: Whatever Happened to Jezebel? CD-Rom

Dotti Holmberg and her sister Sheri were core members of Sunshine Pop guru Curt Boettcher’s first band, the trad-folk GoldeBriars. The group toured the nation’s coffee houses in the early sixties, recorded for Epic, launched the careers of a Music Machine or two, and may have inspired the Mamas & the Papas’ harmonies.

If you’ve heard Sometimes Happy Times, the ultra-sweet album of previously unreleased Dottisongs that Sundazed put out in 2002, you won’t be surprised to find her eBook also the work of an unusually gentle, kindly sensibility. This means that for batty anecdotes about traveling from gig to gig in a dilapidated woody stuffed with bags of groceries, sleepy bandmates and a wild, incontinent kinkajou (a member of the raccoon family, native to Belize), WHTJ is a hoot. It’s less useful if you’re looking for dirt: when the band falls apart, implicitly due to serious conflicts between Boettcher and the other players, Dotti draws a curtain over the proceedings so quickly that if you’re not careful, she’ll clip your nose.

Over 199 rambling pages, extensively illustrated with vintage scrapbook pages, collages, photos and Boettcher’s excellent “Mungs” cartoons, you’ll click through Dotti’s memories and vintage diary entries, revealing a group of semi-innocent Midwestern kids, propelled by their love of folk music and of playing together, as they get a musical education and grow up and apart. Included on the CD are an especially sunny neo-Vaudeville cut not on Dotti’s record, and film of the GoldeBriars’ appearance on Hootenanny. Recommended for Sunshine Pop geeks and anyone interested in the social history of the American folk scene. See www.goldebriars.com for more info. -Kim Cooper
Posted by Kim at 1:19 PM 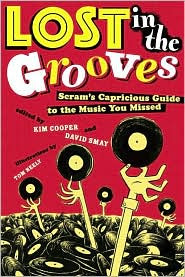 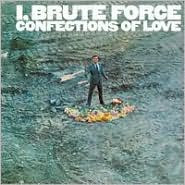 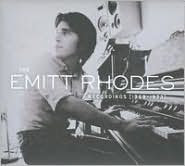